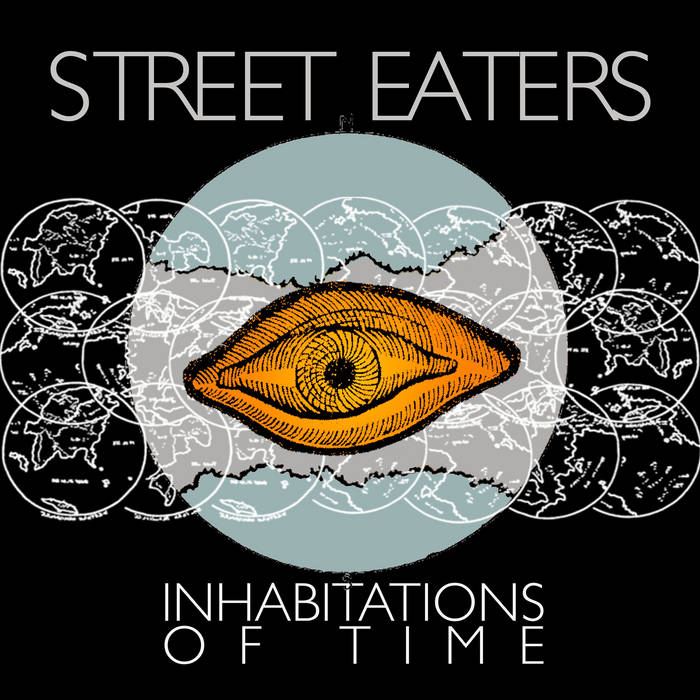 opockets Music to vape to. Favorite track: Eye of Meshe.

Over the course of two years, Berkeley-based truewave punk band Street Eaters (Megan March and John No) recorded over 120 minutes of original music inspired by the books "The Dispossessed" and "The Left Hand of Darkness" by the late speculative fiction author Ursula K. LeGuin, whose deliberate prose, critical analysis and unapologetically radical themes represented a unique vision that resonated with the music the band wanted to make. Ranging from intense, short truewave punk songs to atmospheric soundscapes, around 40 minutes of this material made it onto the 2017 album "The Envoy" (streeteaters.bandcamp.com/album/the-envoy).

Now, using the best of the unheard material from all those recordings and a few expanded tracks from "The Envoy", Street Eaters are releasing "INHABITATIONS OF TIME" - an all-instrumental, ambient and experimental companion piece to (and contrast with) the intense, song-oriented "The Envoy". Mixing together sounds+rhythms from electric bass, synth textures, acoustic percussion, oscillating frequencies from magnetic patterns of planets and comets, satellite pulses, cracking of icebergs, modded electronic children's toys, and more, this sonic palette aims to encompass the human and not-so-human conditions expressed by characters and entire worlds in LeGuin’s work.

Clicking on each of the individual songs will bring up descriptions of them, and breakdowns of what inspired them/what the instrumentation is.

**As special events opening up for Arwen Curry's acclaimed documentary film "Worlds of Ursula K LeGuin", selections from these songs were performed (two sets) at The New Parkway theater in Oakland on December 4th, 2018. They were previously performed live over four sets at the Portland Art Museum's Northwest Film Center in September 2018. .**